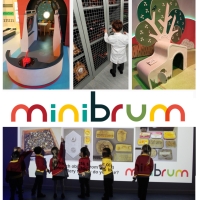 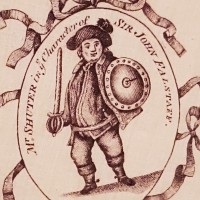 Much as I love all my clients, it’s a tremendous buzz when their work wins prizes!

Birmingham Museums Trust commissioned me to evaluate their terrific Collection Birmingham project during 2017-2018, and then used elements of my report to help them win the Museums Association’s Museums Change Lives Award 2018.

The project was funded through the HLF Collecting Cultures programme and focussed on bringing people from some of Birmingham’s diverse communities together with artists and curators to shape the future of Birmingham Museum Trust’s collecting policies.

Over 1,800 objects were acquired through consultations with local people including The Rivers of Birminam, a series of 100 black and white photographs by Vanley Burke chronicling 40 years of Caribbean heritage in Birmingham. The photographs are by far the largest and most significant collection of work by the celebrated photographer in any public collection and were displayed at Birmingham Museum & Art Gallery earlier this year.

I feel like the photos belong to the people of Birmingham as so many people feel connected to the stories and experiences documented in them. I’m very pleased they will be part of the city’s collection.

As an evaluator, it was exciting to see how eager the Collections Team of curators, conservators and cataloguers were to get involved with community engagement activity more usually carried out by the Learning & Engagement team members.

As the project team worked across the whole Trust to bring many permanent staff members’ skills to bear on creating networks, it is clear that Collecting Birmingham has significantly increased the network of communities and local experts with whom Birmingham Museums Trust hopes to work in future.

The very public nature of the project and the open consultation processes employed have gone a long way to demonstrate goodwill to and build trust with communities who had previously had reason to suspect the institution’s intentions. The team have also supported external partners to ensure a more representative process of collecting and presenting culturally significant objects to wider audiences in future years.  As a result, participants have demonstrated changes in attitude towards BMT that augur well for future collaboration.

There is no doubt of the impact that Collecting Birmingham will have on BMT’s Collections Development Policy and on the organisation as a whole. As Rebecca Bridgman, Project Manager and Curator said:

As a result of Collecting Birmingham, I don’t think we’ll ever go back to the method whereby only curators decide what new objects to acquire for the collection.

This site uses Akismet to reduce spam. Learn how your comment data is processed.